According to May 1, 2020, 188 countries closed school. More than 1,500,000,000 people’s of children couldn’t go any more to school. I have begun to teach on-line in many countries. Opening with a lesson was usually big, and the educational differential by the economic condition was also born. Influence shows in children’s learning and life in the world. Restriction of behavior by present and a new-style coronavirus measure, relaxation is developed and school resumes. To stop expansion of infection at school, the various countermeasures by which one between the child keeps the distance at the inside of the school disperse, and go to school, and are performed. But, a problem is a heap. A site at school is anxious about the correspondence. About five countries by which I’m the world, my friend and, if, I used it with Twitter and Facebook and communicated. The situation of the recent closing at school, resumption and learning and a message from children are introduced.

Closing at school was announced on March 15 in the Netherlands. School is closed from March 16 and the on-line class has started at many schools. There is a problem of Digital Device. The student homeschooling can’t do sufficiently gets support. You’re teaching on-line, but there is a student who doesn’t participate, too. Even if I participate, the tuition’s progress like going to school is difficult. The summer holidays are lost as the measure to catch up on learning and time to go to school is extended by 5:00pm (usually, 3:00). The Netherlands is doing an intelligent rock down. I thought the extension of closing at school was natural. But an elementary school, a day care center and special school were resumed on May 11 in accordance with a specific rule. School usually goes on vacation for 2 weeks from April 27 to May 8 in the Netherlands. So school did the judgement to which I say the class when it resumed, at the time when a holiday ends. Ainoa of a secondary education second year student (14 years old), “My school closes it until June 1. The homework to which it was given and movement are troublesome now. Because this time is the youth to which I’ll never return, a strike is very wrathful for me.” She worries about only homework, I’m talking with my father who remarried. I felt her stress hard. The measure which goes to school disperses in Japan in resumption at school, and is performed. A student is separated as a Dutch government will be half of the number of people in the same way. A way to separate of the number of people and a way of going to school depend on school. A class of number of people will be about 15 people. A class is shared with 2 groups and the group which goes to school is decided from Monday to Friday except for Wednesday.

An infected patient of the same number has gone out mostly with France in Germany. Closing at school has started on March 13 after closing of Italy in a neighboring country and French school. A decision of closure is entrusted to each state. To send child’s homework and problem to a home at the state where school is closed early, I informed of a mail address. My friend wasn’t surprised at all. Originally, there are a lot of vacations at German school (14 weeks a year). My parents didn’t rush to closing at sudden school because that was understood. School was closed from March 16 to April 3 at school in Bayern state. After that the Easter leave of 2 weeks starts. For total of 5 weeks, school goes on vacation. Of course, children are very glad. I’m busy with study of a ABICHUA test as a high school final exam for Laura who is 5th grader of secondary education (15 years old). So I’m not worrying about infection expansion of coronavirus. Time necessary for a family increased, so I can concentrate on study. So I’m very happy. The German paper test is very difficult. For example German test duration is 5 hours test duration of mathematics for 4 hours, and time of the interview is 1 hour. A school counselor always accesses me. The environment of own learning is complete, so I who is a student preparing for taking an examination am very relieved.

It was announced that a Swiss federal ministry resumed elementary and junior high schools of a compulsory education (up to 16 years old) (in a part area, kindergarten) on April 29. When a high school and an industrial training school are the class of a small number of people, it’s possible to do the re-time. The last right to decide is entrusted to each state. The class of the usual curriculum has started from May 11 in Appenzell Awu Sir Rodin territory and a NITOVARUDEN territory. I think there is a difference in the temperature about a way of thinking to the re-time of the school between each state. Sandra who is the grade of the last of secondary education (16 years old) “A stress to coronavirus is 70%. It’s at a home lengthily, so a stress to concerning a parent is 60%. I have brought homework to an end using a PC. I have time quietly in front of my parents who are at a home because school was closed. I’d be able to understand Yumiko and me. My mama is very anxious about a lot of problems after resumption at school.” The countermeasure about resumption at school is as follows. Frequently to replace air with to wash a hand and to clean a room diligently and to empty 2 meters of distance between the teacher and the student. It’s very unrealistic that less than 10-year-old student keeps Social Distance and that a mask is put on because it’s unrealistic.

A business and school are resumed in France. A French Philip prime minister announced that school was resumed on May 11 because the situation of the infection of new-style coronavirus had been quiet on April 28. “We can’t continue the restriction which is just as it is forever.” “People should learn to have time with a virus. They themselves protect themselvesself against a virus.” “I take measures every area.” I said “It was released step by step.” Prime Minister Philip complained “I expected the future’s course of an individual of the French people.” urgently. When going out, keeping Social Distance and when using a public transportation, we have to put on a mask. School resumes a kindergarten and an elementary school first. And I plan to resume school step by step. A kindergarten was resumed on May 11. School is a resumed perspective from May 18 at the junior high school in the area with the fashion small in scale of the virus. A high school is planning to be resumed at the end of May. Of Kochi work amount,), Ella who is 1st grader (16 years old) “I’m very busy for taking an examination of a French baccalaureat (back). It’s expected to advance towards the civilization system. I’m in trouble about a test of philosophy. The reason is because a problem in fiscal year 2019 is difficult. It’ll be explanation of Hegel’s (modal philosophy) excerpt what it’ll be to interpret a work as for example whether they’re able to run away from the contents of a problem from time. A test is the describing form. There are no classes of the philosophy in Japan.
How is Japanese thinking why that’s a person born and does he die with that.” For me to pass a back, state A high scholastic finish certificate is needed for a test. The finish certificate is an indispensable item to go to higher education. She’s aiming at entrance into a school of higher grade to the ground jackal which is an elitist education school. Before entering a ground, she has to go to school of preparations. Its acceptance rate is less than 10 % of the back examinee. A Corona stress may be the one by which one doesn’t become stressful now for her. A student from 11 years old to 15 years old has to put on a mask for resumption at school. Then the student’s number of people by which a classroom holds can’t go beyond 15 people. The brandy kale educational look said already, that a student of school children’s 5-8% couldn’t go any more from starting of closing at school about a session by the end of March about 2 weeks later.

Spain is the country with the largest number of people of the infection in Europe. But, a Spaniard has the strong positive national character which isn’t twisted in such turmoil. Attention to infection is needed, but a senior citizen is thinking the other people are same as the ordinary flu.
I allowed a minister of the Department of Education to keep closing school for end of March from the end of May to June. Before 3 semesters end, I think 15 days, 20 days and a student should be able to go to school (during May or June) now. I was saying that a Spanish best friend didn’t know yet what kind of judgement to do from now on. Closing at school would continue at least 5 months until the middle ten days. The summer holidays are just as it is and may start. By what kind of way is it possible to take back the class of 3 semesters? I don’t also understand about the new school term which starts from September. It’s serious that 5th grader’s Laura of elementary education (10 years old) follows me in a session. I’m taking the lesson on-line now. A teacher can kick and but once a month, comes to my home. I don’t like 2 digits of calculation of an arithmetic most. The sailor’s dad who left school by 14 years old can’t teach me an arithmetic. So it’s my big help that a teacher tells me in 1 to 1. French tuition is funny for me. I’m good at French. I like me to talk to the French who see the sights of Spain at a town now very much. Her hobby is to call and do a make-up for 1 hour while looking at the mirror in the bathroom. There are no club activities at school, so she’s taking exercise at home. She’s a very active child. Prime Minister Spanish Pedro was saying “A shop could be opened by the end of June. Movement of a state of domestic 50 corrected and was still restricted.” Now
The policy which resumes economy in Spain is indicated. But it’s future’s problem whether infection of a virus is prevented from expanding like GO. The way where a visitor doesn’t put on a mask when people visit Spain in other countries now, I’d like an impression. In other words that I don’t wear a mask indicates safety of its body.

The friend’s teacher who lives in the Netherlands is the one of the On-line. “I’m busy with photography of an animation and edit for the school. But she was saying that the worth doing was very big.” The on-line class is being advanced while learning by trial and error in many countries. At home necessitous economically, a child is a net.
You can’t have the environment. That’s the digital differential. When school closes it, school lunch from school cancels. Therefore when the honor side of the child is aggravated, there is a country worried about. The person who has that introduced the class of the physical education using a U tube for the children who can’t go out of the house. While relaxation of restriction of behavior is developed in China and Korea, occurrence of a new cluster has happened. I’m perplexed by resumption at school in the current state for which a vaccine can’t be used. But I’m children’s learning of the world and a living one.
I’m wishing a step-by-step advance hard. 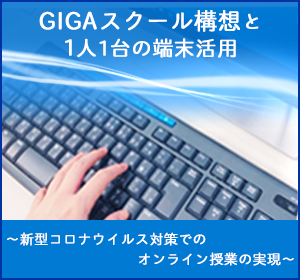 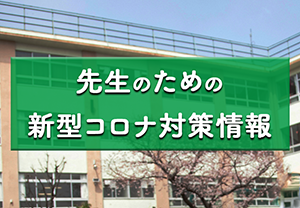 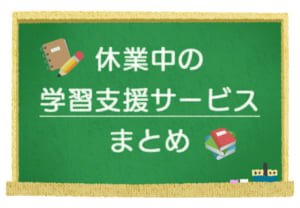 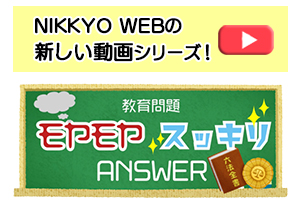 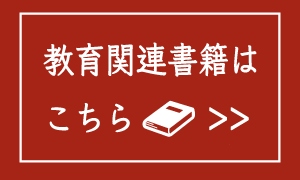 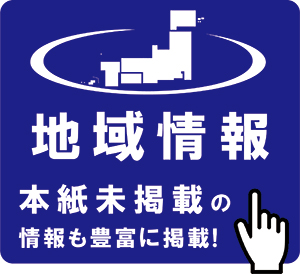